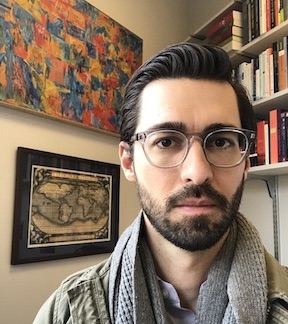 My first book, Thinking Through Place on the Early Modern English Stage (Oxford University Press, 2020), traces the way that characters think through their surroundings in the plays of Shakespeare and his contemporaries, arguing that such moments of “ecological thinking” make visible the often invisible means by which embodied subjects acquire a sense of their environs. At the same time, the book contends, these moments theorize and thematize the cognitive work that early modern playgoers undertook in reimagining the stage as the settings of the dramatic fiction. By documenting the relationship between these two registers of thought, Thinking Through Place posits drama as an aesthetic form capable of reshaping the way that environments were perceived, experienced, and navigated in early modern England.

I am now at work on a second book, which extends the critical framework of Thinking Through Place toward a more global context by demonstrating how English drama registers the emergence of new contact zones and colonial sites across the early modern Atlantic.